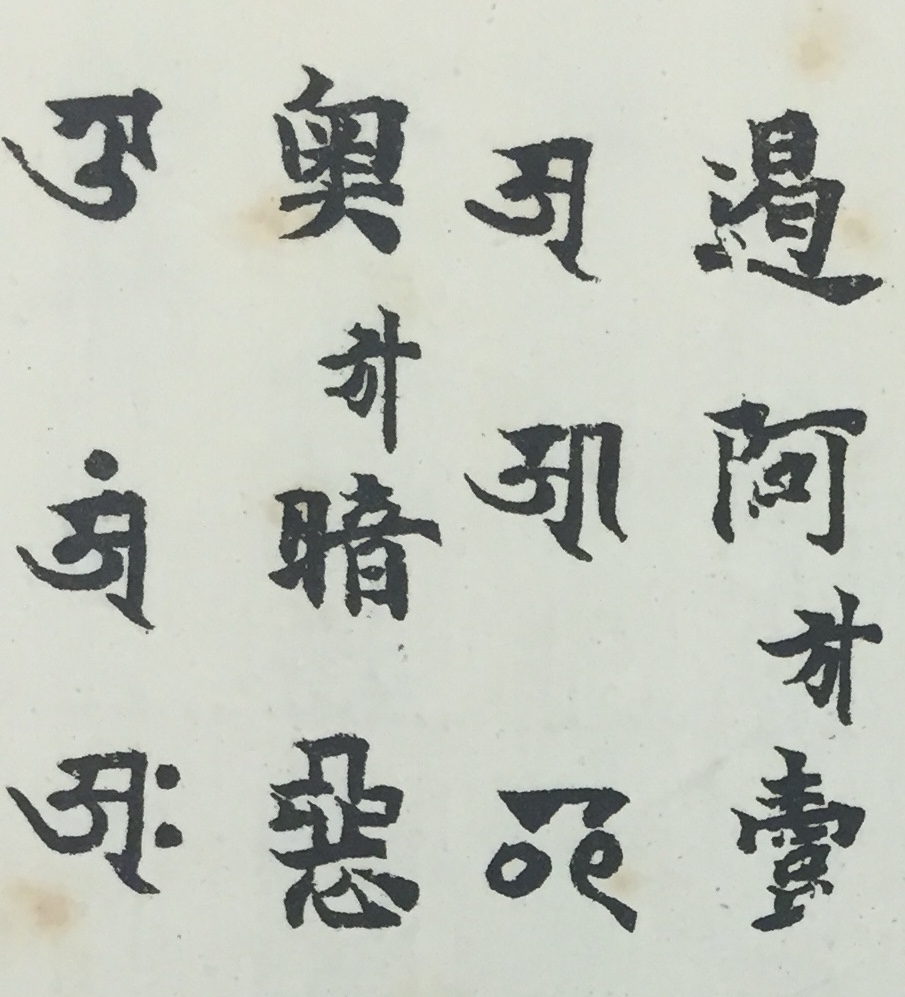 Is Phonetic Writing Inherently Intuitive?
A History of Sanskrit Scripts in China
A Public Lecture by
Nathan Vedal (Harvard University)
Thursday November 3, 2016 at 3:00 pm
306 Clemens Hall, University at Buffalo (Amherst Campus)
Advocates of Chinese writing reform since the early 20th century have often argued that China ought to adopt a phonetic writing system to replace its current character-based script. Intuitively, the simplicity of phonetic scripts, such as the Roman alphabet, makes this proposal seem reasonable, especially to a western audience. Historians have typically claimed that the lack of script reform in China before the 20th century was a result of insufficient exposure to or consideration of phonetic scripts. However, scholars in China had more access to phonetic scripts than is generally assumed. While these scripts captured their attention and even gained some adherents, they were not widely adopted for several intriguing reasons. This lecture will discuss the study of phonetic Sanskrit scripts in China, which began as early as the 3rd century CE. In particular, it will focus on the 16th and 17th centuries, which ushered in a renaissance of Sanskrit studies among Chinese scholars. During this period, scholars made various uses of this phonetic script, but also maintained that it would be insufficient as a replacement for the native script. Understanding the reasons underlying their skepticism of phonetic scripts sheds new light on why China maintained the use of a character-based script, and provides a window into scholarly culture in the early modern world.
Nathan Vedal is a scholar of Chinese intellectual history in the Department of East Asian Languages and Civilizations at Harvard University. His current research explores the formation of scholarly fields, particularly related to the study of language, in sixteenth and seventeenth century China. His work has been published or is forthcoming in Historiographia Linguistica, Tang Studies, and Harvard Journal of Asiatic Studies. He is currently preparing a chapter on “Chinese Lexicography, c. 600-1700” for the Cambridge World History of Lexicography.

Nathan Vedal’s talk is generously supported with funding from the UB Honors College.