Countable allows users to track the actions of their congressional representatives. It also allows users to follow congressional actions associated with specific political topics, like “DACA,” “Poverty”, “Human Trafficking,” and many others. The application provides detailed information on congressmen and congresswomen, including their contact information and political leanings, as well as updates on the most current legislation passing through Congress. Finally, Countable helps users engage in political action beyond its interface by helping users register to vote, find polling stations, or get involved in local campaigns. 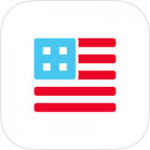 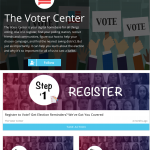 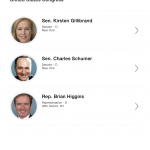 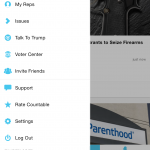 Countable has a wide variety of features to engage the political sphere. The user can follow specific issues, the most recent action in Congress, and the most recent action from the White House. Throughout the entire app, the user is prompted and encouraged to not only read about legislation but also engage it.

“Your” Countable
Countable relies on the user’s address and zip code to create a profile and feed that matches the user’s congressional district. The user can and may want to abstain from providing this information, but because the app tailors the newsfeed to local issues and actions of specific congressional representatives, the user who omits this information will miss out on distinct features of the app. We chose to provide our geographic information, and our review reflects that choice.

Accessing the user’s personal information, Countable provides a section called “My Reps.” This feature provides the user’s representatives from the House and Senate. Representatives’ pages include their political affiliation; bills they have sponsored or voted on; and means to call, message, or video message them.

The user can further personalize their Countable app by choosing to follow specific issues, like Civil Rights, Crime & Police, DACA, Human Trafficking, Poverty, Prisons, and many more. By following any of these issues, the user receives updates and notifications related to the most recent political action on each issue. While these notifications could be very useful, this feature may raise privacy concerns as Countable data is shared with third parties.

Following Upcoming Legislation
Countable has different features to follow what legislation is in front of Congress. One feature is called the “FEED,” and it offers news stories on the most recent White House and Congressional actions.

Another feature, “BILLS,” serves as a direct connection to the most recent bills being worked on. On the bills screen, the app indicates whether a bill has been passed by the Senate, the House of Representatives, or both. The user can click on a bill and they are given a summary of what the bill is about, who the sponsor is, any media coverage on the bill, and a history of the bill’s progress. The user can also vote on whether they support the bill. When the user votes, the app prompts the user to call their representative and to leave a voice message with their opinion. After the user submits their vote, his or her vote is shared with their congressional representatives.

A final important feature of this app is “The Voter Center.” Here, the user can register to vote, find their polling station, read the Voting Acts Right of 1965, recruit friends and communities to vote, find the nearest swing district, and learn how to volunteer as a poll worker. This part of the app encourages in person political action, and we think it is an especially significant feature for those who want to get involved in political action.

Political advocacy is fundamental to policy change. Practitioners, more than politicians, understand the needs of the communities they work with. Countable is able to take that understanding and turn it into political action. Whether it is through using the app to vote on bills or take advantage of your congress person’s contact information, this application can help practitioners speak for the needs of their clients. A practitioner could also recommend this app to their clients, who are not yet registered to vote, as an easy way to register for the next election period.

Device Used for the review: IPad