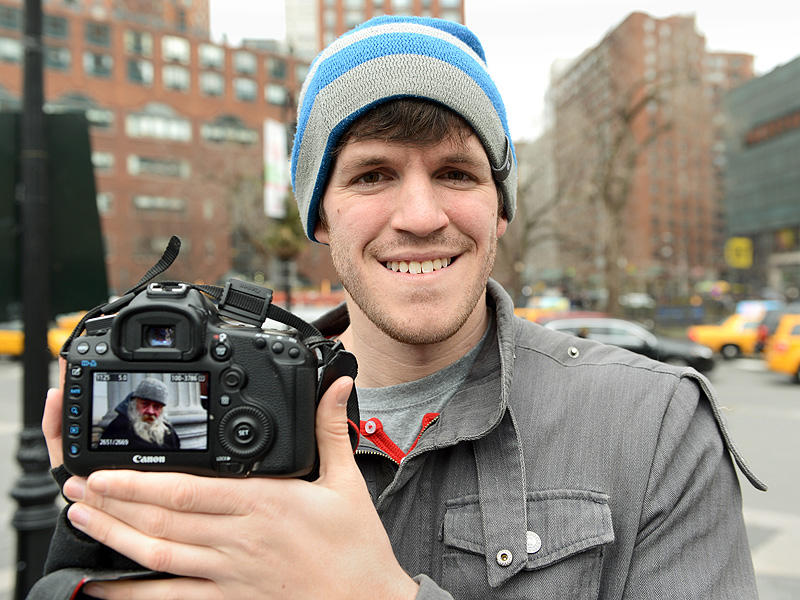 As the founder of the street portrait blog, Humans of New York (HONY), Brandon Stanton is referred to as a worldwide Internet phenomenon and one of today’s most influential storytellers. HONY has amassed over 17.7 million followers on Facebook and 6.8 million followers on Instagram, numbers which illustrate the power of the Internet, the value of storytelling, and our desire to remain connected with real people in a tech-driven world.

Stanton’s gift for storytelling has also resulted in two best-selling books, “Humans of New York” (2013), which spent 45 weeks on the New York Times best-seller list, and “Humans of New York: Stories,” which shot to number one on the Time’s bestseller list within two weeks of its October 2015 release.  On stage, he candidly shares his own personal story, and the perspective he has gained since embarking on his journey to help others tell theirs.  He inspires his audiences with a renewed appreciation for the power of one person and one idea to inspire millions, and motivates them to contribute something meaningful to the world.

After graduating with a degree in history, Stanton traded bonds in Chicago until he lost his job, which led him to move to New York. In 2010, he started Humans of New York.

“The initial goal was to photograph 10,000 New Yorkers on the street, and create an exhaustive catalogue of the city’s inhabitants.  Somewhere along the way, I began to interview my subjects in addition to photographing them. And alongside their portraits, I’d include quotes and short stories from their lives.”

Taken together, these portraits and captions became the subject of a vibrant blog which now provides a worldwide audience with daily glimpses into the lives of strangers on the streets of New York City.  Over the past five years, it has also expanded to feature stories from over twenty different countries.