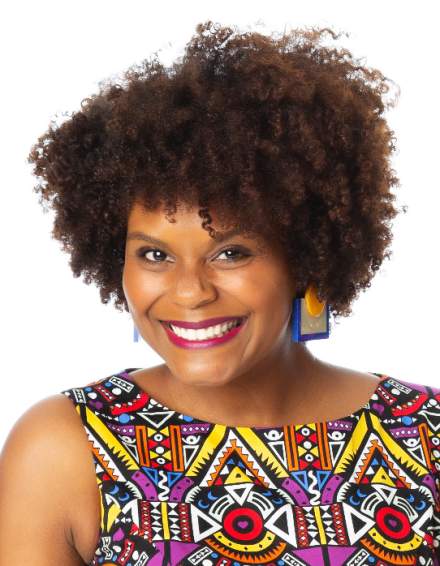 Tabitha Brown literally and metaphorically satisfies the hunger of millions with her unique approach to vegan food and her wholesome, comedic personality.  Whether it be a new recipe, acquiring some imparted wisdom, enjoying a laugh, or melting away to a soulful, soothing voice, Tabitha Brown is home base.  The North Carolina-born actress, vegan lifestyle personality, mother and wife, has amassed over 3 million followers across platforms, 2 million of which were acquired in 40 days on TikTok, earning her the coined title of “America’s mom.”

Brown’s unique journey to veganism highlights the intersection of personal discovery, food and health.  With a passion for acting, Brown traveled around the States to pursue her career.  She landed notable theatrical features including “All Between Us,” alongside Tiffany Haddish; NBC’s hit comedy “Will & Grace”; and the ABC drama “Switched at Birth.”

In 2016, Brown found herself falling ill with chronic neck and head pain for nineteen months.  During this time, her daughter encouraged her to watch the Netflix documentary “What the Health.” The documentary inspired Brown to start a 30 day vegan challenge; 10 days in, her pain dissipated.  She began sharing vegan recipes, her story and philosophical wisdom online, acting as no one but her true, authentic self.  Through this process, she began to feel a glowing sense of true contentment, satisfaction and health.  However, it was not solely the veganism that led to this new found happiness, but also her ability to be in her own skin, honest with herself, and doing something she truly loves.

Although her innovative recipes encourage others to make delicious meals, audiences finish her videos with a new recipe for the soul, too.  Since, Brown has led a vegan lifestyle, promoting the importance of physical, mental and emotional health to achieve fulfillment.

Led by her passion for people to feel seen, heard and loved, Brown’s communication and relationship with audiences can be largely attributed to her background in acting. Perhaps most notable about Brown is her ability to draw viewers in and feel welcome in her world – even if it is through a screen.  Her delicious, creative, yet simple recipes, sautéed with compassionate messages, and sprinkled with a pinch of humor, attract a large following that finds comfort in the ‘auntie they never had.’  Though the term “vegan” often polarizes audiences, Brown reinvents the idea of veganism, demonstrating that it can be accessible, inclusive and accommodating for anyone.

Brown has developed a role for herself, with her own script, direction and audience.  An unconventional way to rise to stardom, Brown paved a path to achieve her dream of being in front of a camera without sacrificing – and, in fact embracing – who she is and the unique, wholesome qualities that make her Tabitha Brown.