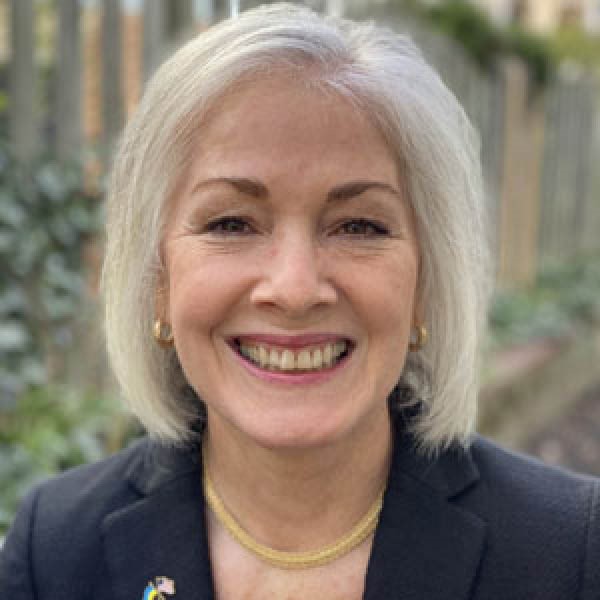 Former U.S. Ambassador to Ukraine | Best-Selling Author of
“Lessons from the Edge”

The former U.S. ambassador to Ukraine and best-selling author of the memoir “Lessons from the Edge” shares insights on the region and the current crisis as well as experiences from her 33-year career in the U.S. Foreign Service.

Born into a family that survived both Soviet and Nazi terror before emigrating to the U.S., Yovanovitch rose to the top of her profession in the crucible of the former USSR. Following early assignments in Moscow, London, Ottawa and Mogadishu, she served as deputy director of the Russia desk and then, as a career member of the Senior Foreign Service, she was named deputy chief in Ukraine. Within the Department of State, Yovanovitch has worked on the Russia desk, the Office of European Security Affairs and the Operations Center.  She also served as the dean of the School of Language Studies at the Foreign Service Institute, U.S. Department of State and as the deputy commandant and international advisor at the Dwight D. Eisenhower School for National Security and Resource Strategy, National Defense University.

Yovanovitch earned the Senior Foreign Service Performance Award eight times and the State Department’s Superior Honor Award on nine occasions. She is the recipient of two Presidential Distinguished Service Awards and the Secretary’s Diplomacy in Human Rights Award. Following her retirement, Yovanovitch received the Trainor Award for Excellence in the Conduct of Diplomacy from Georgetown University, the inaugural Richard G. Lugar Award from Indiana University, the 2020 PEN/Benenson Courage Award from Pen/America, the Morgenthau Award from the Armenian Assembly of America, the American Spirit Award for Distinguished Public Service from the Common Good, and the Paul H. Douglas Award for Ethics in Government.

In early 2022, Yovanovitch’s memoir, “Lessons From The Edge,” was an instant New York Times best-seller. The late Madeleine Albright called the book “A brilliant, engaging, and inspiring memoir from one of America’s wisest and most courageous diplomats—essential reading for current policymakers, aspiring public servants, and anyone who cares about America’s role in the world.”