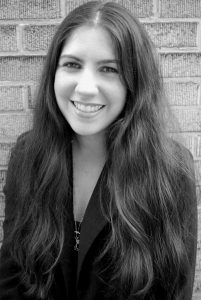 Deborah received her B.A. in 2012 from Muhlenberg College, where she double majored in Psychology (Honors) and Russian Studies.  She also earned an M.S. in Psychology in 2014 under the supervision of Dr. Erica Slotter from Villanova University.  Deborah’s research interests include contingencies of self-worth, coping mechanisms, and the experiences of underrepresented minorities in higher education.  In her free time, Deborah volunteers at the SPCA of Erie County and attends as many musical theater shows as possible.

Slotter, E.B., & Ward, D.E. (2015).  Finding the silver lining: The role of redemptive narratives in individuals’ emotional distress after the end of a romantic relationship. Journal of Social and Personal Relationships, 32, 737-756. 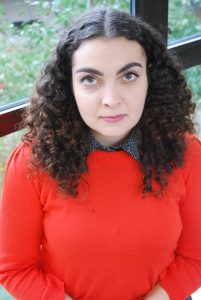 Alessia received a B.A. with Distinction in Psychology and a minor in Women’s Gender and Sexuality Studies in 2017 from The Ohio State University.  Her honors thesis, with Jenny Crocker, examined subtypes of narcissism and motivations for helping behavior.  After graduating, Alessia managed Patrick Carroll’s research lab at The Ohio State University-Lima.  Alessia’s research interests fall under the broad category of “the self,” with interests in self-esteem, self-threat, social roles, intersectionality, and women in STEM.  In her free time she enjoys traveling, cooking, hiking, and attending concerts. 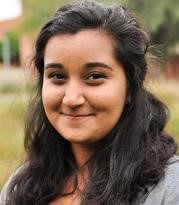 Esha received her BS with honors in Psychology and a minor in Religious Studies from Arizona State University in 2017. Esha’s research interests broadly concern the influence of culture and feelings of connectedness on decision-making and other psychological processes. In her free time, Esha likes trying out new recipes, playing retro video games, and painting.

Naidu, E.S, Cohen, A., Johnson, K., Glenberg, A., (2016, May). The influence of soul beliefs on perceptions of self. Poster presented at Celebrating Honors Symposium, Tempe, AZ. 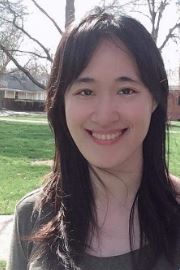 Yahui received her B.A. in Public Finance from National Chengchi University, and M.A.s in Psychology from NYU and in Marketing from the University of Kansas.  Her research interests include the self and meaning in life. 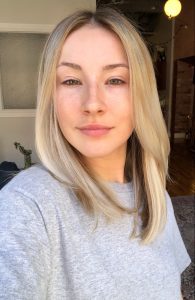 Abbie is a first year masters student at the University at Buffalo working with Dr. Lora Park. In addition to being a research assistant in the Self and Motivation Lab, she also works in Dr. Mark Seery’s Social Psychophysiology Lab. Abbie’s research interests include contingencies of self-worth and aspects of the self, self-threat, motivation, and associated outcomes. In her spare time she enjoys cooking, horror films, and exploring Buffalo. 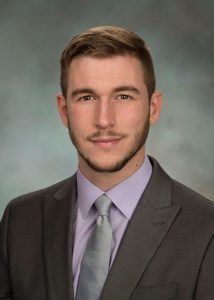 Nick is in his second year of the masters program for General Experimental Psychology (with a focus in Social-Personality Psychology) at the University at Buffalo, SUNY. He received his B.A. in Psychology in 2019 from SUNY Buffalo State College. Nick’s research interests are in the self and motivated behaviors with regards to performance and threat. Outside of the University at Buffalo, Nick works as an assistant collegiate track and field coach, plays soccer, and does martial arts.