A Conference in London and a Trip to Amsterdam!

I have been itching to once more take advantage of the easy accessibility of major European cities during my time here and finally I have! 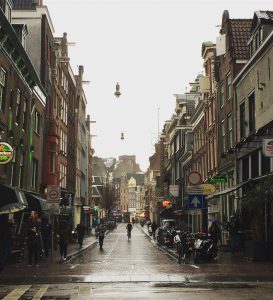 A little bit of Amsterdam #1

although it was really quick, it was definitely worth it. We took a bus from Duesseldorf to Amsterdam, which was about 2.5 hours and because we were short on time and cash, we decided to just keep it simple, walk around and have some dinner before we got back on the bus. The city was WAY more crowded and full of “interesting smells” than I originally had expected but it was such a lively and beautiful place. Also, because of my “Social Work brain,” I couldn’t help but notice the fact that there were not many black people. Although the Netherlands did not colonize as many African countries as other European countries, I still assumed for some reason that in the largest city in the country, there would be a bigger presence of 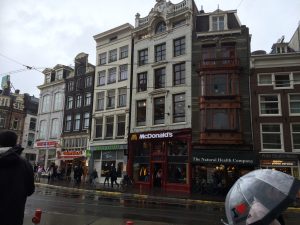 A little bit of Amsterdam #2

Black people, but overall, there were definitely other people of color and that was fun to see.

The conference I attended was in London and my time there was phenomenal! The title of the conference was, Migrating out of Poverty: From Evidence to Policy, and although there were many sub-topics, the overall theme of the conference had to do with migration to the European union, as well as within and among other non-EU lands and the implications and interventions surrounding current trends. To shed a little more light on the topics, my favorite research question that was asked was, “Do policies that are created to minimize/limit immigration actually prevent individuals from migrating?” and it was found that, in short, no, it doesn’t make a difference. This was for me, encouraging but at the same time scary because this means that 1. provisions within these countries of origin continue to be left unmade and 2. people will have to continue putting their lives in danger in order to flee from their homes. On an interesting side note, Trump and the Brexit continuously came up throughout the conference and strangely enough, while the conference was actually going on we found out that the the final signature was signed for England to leave the EU. It was pretty surreal to us all, especially while we are discussing and fighting to promote inclusion and unity in that moment.  Overall, there were so many more interesting topics and research questions and it was an honor to have been among such experienced and knowledgeable individuals. I was also thankful to have networked a bit and exchange info with a few of the attendees and presenters. 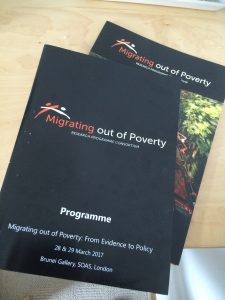 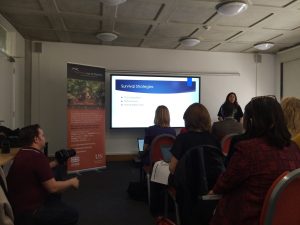 In regards to the city itself, I honestly wasn’t expecting to be so impressed, but I was literally smiling from ear to ear the entire time I was there! I loved the confusing left-sided driving, all of the iconic sites, the dialect of course and the overall atmosphere of the city! It honestly felt like a cool mixture between the American and Western-European cultures. I say that because the cars were huge again, there was a ton of fast food everywhere and you could almost feel the pride (pride in a good way) of the people, but at the same time, there were just way more historically significant things to see, things were easily accessible and right around the corner, so to say.

I am so thankful to have had these opportunities and I thank the Field Department once more for its support in making this happen, as well as the UBSSW GSA and the UB GSA for providing me with funding to attend this amazing conference!

My next post will be about my weekend trip to France (that I am leaving for in about 2.5 hours actually) and my time at the last three out of the seven German Red Cross shelters which I finally got to visit and help out at! Thanks for reading!