Drug addiction is a growing public health problem in our world. We seek to understand the underlying mechanisms and vulnerabilities for addictive disorders through our research. Our research focuses on: drug abuse, alcoholism and obesity as well as the co-morbidity of these diseases.

One concept used to describe the common psychosocial, genetic and neurochemical mechanisms of these addictive disorders is reward deficiency.  Our research focuses on animal models and translational research with clinical collaborations that examine the mechanisms, markers and predictors of opioid misuse and abuse, alcohol abuse, drug abuse, binge eating behavior as well as the co-morbidity and substitution of these diseases.

Our neuroscience research methods include:

Seeking patients for our Clinical Study! 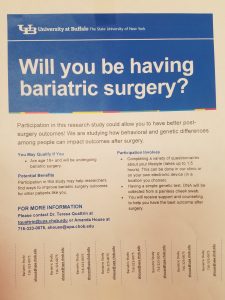 RECENT news about our research!

The role of outdoor adventure in addiction recovery

Recent papers from our lab:

Exercise programs have been shown to be effective for both reducing risk for, and intervention following, substance abuse behaviors in both clinical and preclinical studies. Less is known, however, regarding the underlying neurobiological substrates involved in these changes in drug seeking behavior. In this study, we assessed cannabinoid receptor (CB1) levels throughout the brain which are key in endocannabinoid signaling following chronic aerobic exercise.

The present study found that chronic exercise during young adulthood did not alter cannabinoid CB1 receptor levels in the brain. Therefore, previously reported decreased cocaine preference in parallel treated cohorts did not involve exercise induced changes in CB1 levels which is key for endocannabinoid signaling.

Roux-en-Y gastric bypass surgery (RYGB) is the most common and effective weight loss procedure for severe obesity. However, a significant increase in addictive behaviors and new-onset substance use disorder (SUD) are sometimes observed post-surgery. The endogenous opioid system is known to play a major role in motivated behavior and reward, as well as the abuse of substances, including alcohol, tobacco, opioids and highly palatable foods. Here, we examined the effects of RYGB on mu-opioid receptor levels in the brain. Male Sprague-Dawley rats were assigned to one of four groups: standard diet with sham surgery (control), ad libitum high-energy high-fat (HF) diet with sham surgery, calorie restricted HF diet with sham surgery (Sham-FR), or HF diet with RYGB surgery. Control and HF groups were fed their respective diets for 8 weeks, with surgery performed on the eighth week. After 9 weeks on their respective diets post-surgery, animals were sacrificed for muopioid receptor autoradiography using the [3H] [D-Ala2,N-Me-Phe4-Gly5-ol]- enkephalin (DAMGO) ligand. Rats with RYGB showed reduced DAMGO binding in the central amygdala compared to sham-operated HF diet controls, and in the hypothalamus compared to high-fat fed Sham-FR. Diet alone did not change [3H] DAMGO binding in any region. These findings show that RYGB surgery, independent of diet or caloric restriction, decreases mu opioid signaling in specific regions important for stress and energy regulation. Thus, RYGB surgery may lead to greater stress sensitivity via downregulated mu opioid signaling in the central amygdala, which may contribute to the observed increased risk in some subjects for addictive behavior. 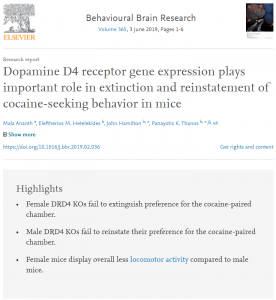 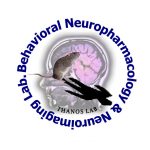